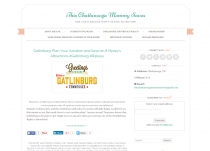 Package From Santa: Bring Home The Magic This Holiday Season!

Christmas is a magical time of the year.  There's so many family traditions and holiday events that we attend. It can be super busy and overwhelming at times, too. However, Package From Santa really brightened  our holiday season and started a new tradition this year.

My kiddo was super excited when a package arrived in her name from the North Pole that offered a beautiful winter scene. Everything was neatly packages inside. The envelope contained a letter from Santa, a nice list certificate, an autographed Rudolph photo, and an autographed Santa photo. She was beyond excited as she viewed the contents and read the letter from Santa. The letter was personalized and contained information that only Santa would know. She was especially excited to see that Santa included details about her elf, Eli.

She also got a call and a video from Santa as well. She was beyond ecstatic about the video and had plenty of bragging rights afterwards. This is definitely a tradition that we will continue year after year.