US Family Guide Package From Santa

US Family Guide Package From Santa

This year has been hard on us as we get ready for Christmas as Charlie says he doesn’t believe in Santa anymore. Which I understand as he is 9 and all of his friends keep telling him there isn’t a Santa. But when we are alone he tells me the things he would like for Santa to bring him.

So the other day when I was online I recieved a email from US Family Guide about a new promotion they had for us bloggers to work on. The promotion was for Packages From Santa which offers us “letters from Santa“. So Charlie is always asking us if there is any mail for him. So I signed up and waited for Charlies letter from Santa to arrive.

So I must tell you David was just as surprised as Charlie was once the letter from Santa arrived. David, couldn’t believe there was a company  that offered Letters From Santa and he wanted to know why this company wasn’t around when he was a child.

Plus as Charlie was getting ready for bed I showed both him and David that he was on Santa’s good list and then the phone rang and it was Santa, asking for Charlie. I thought Charlie was going to faint. And since talking to Santa Charlies mood has changed and he has been a lot nicer and these extra’s was included in the package I recieved from Packages From Santa.

So all I can  say is “Thank you US Family Guide and Packages From Santa for helping my son believe for a little while longer. So if you have a non-believer in your home I hope you take the time to order  them a letter from Santa from Packages From Santa and they will become believers.

Hearing, touching and seeing is BELIEVING! Result?? No more non-believers! (Be sure to have your camera ready!) 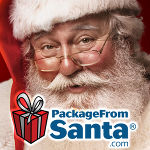 Watch a VIDEO from PackageFromSanta.com now to learn more: http://bit.ly/2geifm5

PLUS! Now you can also get an **EXCLUSIVE-LIMITED-TIME-FREE-BONUS!** Instantly!
Keep your child behaving during the hectic (and sugar laden) days leading up to Christmas with a personalized, high-quality, printable 100% FREE Nice-List Guide from Santa Claus. Includes your child’s photo, name, and top 10 behaviors needed to stay on Santa’s Nice List! Personalize your child’s Nice-List Guide now here www.freenicelistguide.com It only takes 60 seconds… nothing to buy, now or ever.

Start a new Family Christmas tradition with the #1 online Santa Letter service today!
Go to https://www.packagefromsanta.com and use coupon code FAM2016 to save 25% off every order.

Thank you for reading US Family Guide Review Packages From Santa and learning about Letters From Santa. Now, I have a question does your children still believe in Santa? Do they write Santa letters?